Over the last 2-3 years Stubai Glacier Ski Resort somehow became my home resort. Starting before the crowds which (at least in autumn) means starting very early, it is less than a two hours drive from Munich and is ideal for a weekend stay. Skiing there about 10-20 days per season, mostly in autumn and late spring, is enough time to discover what some locals may call the secret spots. Indeed they are not secret, they are simply there, but of course don’t offer the easy lift access of the popular free-ride routes. In fact they often require touring equipment and not uncommonly even some mountaineering skills. A nice example can be found here. 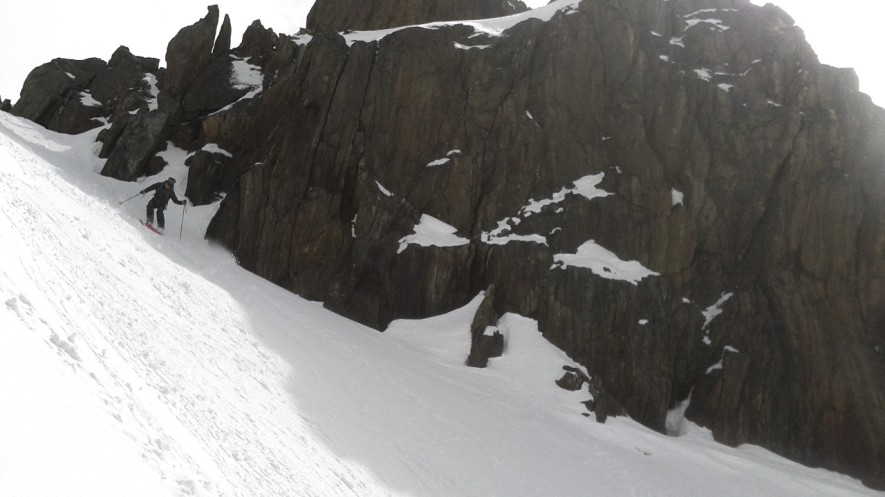 This nice 40° couloir can be seen directly from the lift, but I have never seen it with tracks.

In the course of time I gathered enough beta to find rewarding skiing possibilities whensoever I’m around – no matter what time or which conditions obtain off-piste. 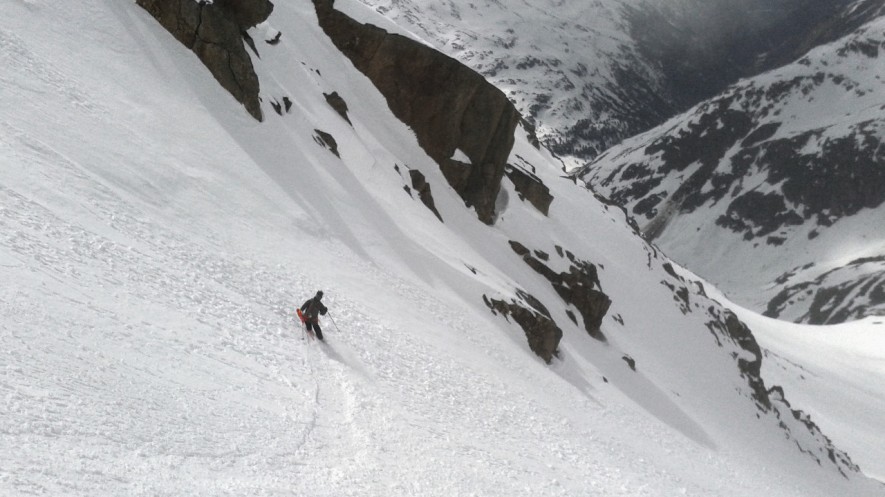 Skiing nice slopes ~30min from the lift, with soft snow, weeks after the last dump!

Last weekend, when I woke up late and the glacier webcam showed far better weather than the forecast had announced, I decided to call a friendly Innsbruck resident to team up with him for some afternoon runs. We skied some lines off ‘Pfaffenschneid’ and beside some few ‘Zuckerhütl’ aspirants there was nobody else around! 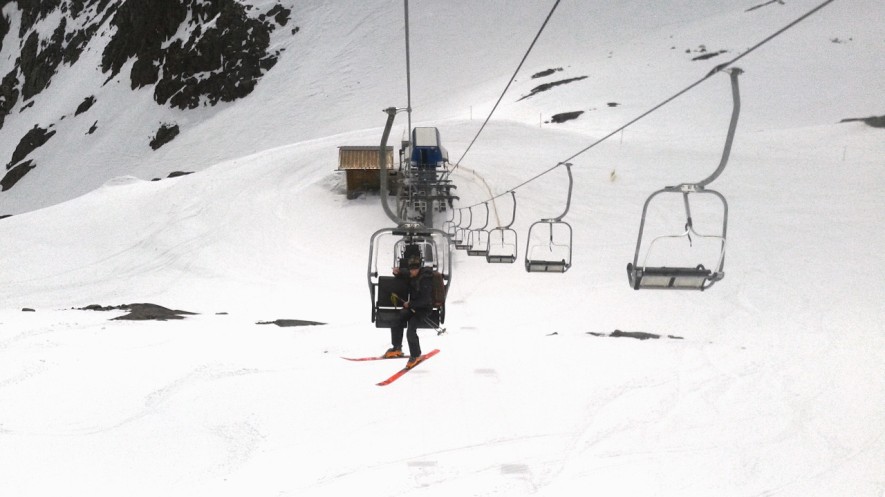 Just chillin’ in another empty chairlift.

Some possible runs in the south-eastern part of the glacier resort to fill out doubtful touring days. Some are quite serious (exposed 45°-50° terrain) and every single requires loads of experience and detailed planning if unknown! 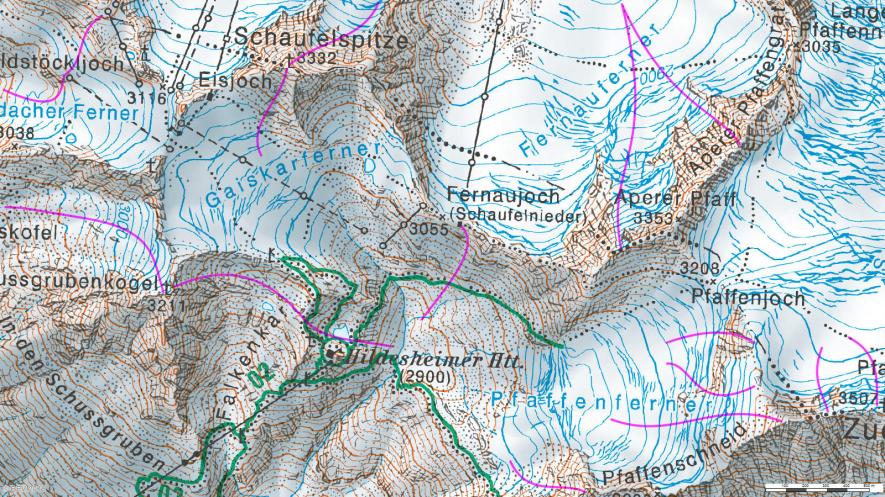