With a winter starting very slowly everywhere in the alps and a CMB season-pass in my pocket, it was worth the effort to spend most of the mid February to mid March weekends in Chamonix.Living in the car/van for a couple of days was no real sacrifice when you get to ski good snow in the most stunning part of the Alps. Between powder days on the Grands Montets, first tracks in the Vallée Blanche and ski touring on the swiss side, here are some photos of memorable ski outings:

Once I’ve finished the season, there will be a second Chamonix related blog covering spring skiing starting from early April.

3.2 E3, section 40° – The exposed traverse to the entry can be quite delicate, depending on snow coverage it’s grade II rock climbing. Usually with a short rappel on the backside.

A classic ski traverse in the Aiguilles Rouges with a 500m vertical climb to get a 1500m vertical powder run. Blue bird Saturday and as good as untracked!
At the top of the Index chair lift we could see that most of the guided groups went up either to the Aiguille de la Glière or the Col des Crochues. So we took the Floria drag lift in addition and headed for the far right Flégère touring options. We overtook most of the groups at the Lac Blanc area, then only had 2 guides in front of us. From the col only one party took the so far untracked and most direct variation down to the Bérard valley. Good choice.

The view form this lift is Rock’n’Roll 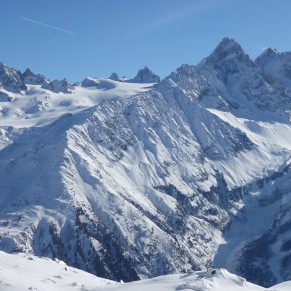 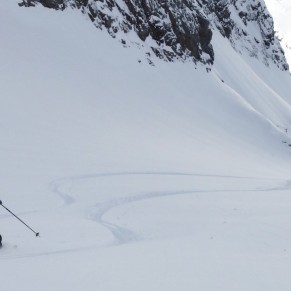 Cruising into the abyss

Credit for all picutres above: Hannes, @jo_pinoo

We climbed the couloir until all of a sudden the snowpack felt hollow and turned around maybe 4/5 the way up. Great skiing! Then we couldn’t get enough and went up to the Col des Écandies. Long day, maybe 2000m vertical, but long skiing as well. We would have been alone in the valley if it wasn’t for a couple of heli-skiing groups leaving their tracks there. 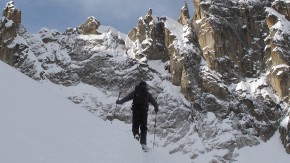 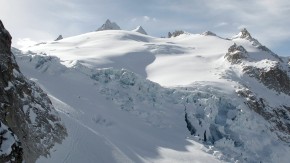 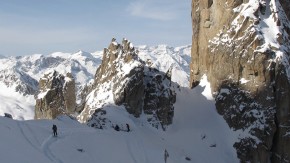 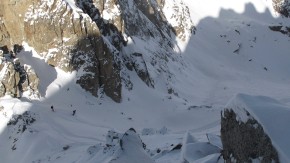 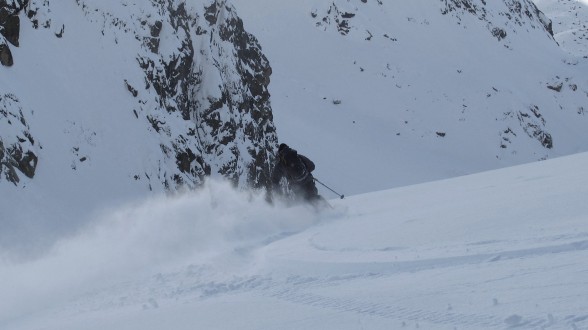 Last season when I skied it the first time, it felt like a big step rappelling into this couloir. This time it was just as normal as the 4 laps in the Lavancher Bowl we skied one hour earlier that day. Still everybody was psyched and snow quality couldn’t be any better.

Once we heard the Midi opened at 10, like 20 min before, we rushed back to Chamonix. No crowds, no waiting, fresh snow, blue sky. Two skiers dropped into the Rond as we reached the top. Large parts of blue ice but skiing at the sides looked good. Might be good snow over there.. We went to the Cosmiques couloir and met a local couple preparing their ropes. A group of 3 was about to finish the rappel and started skiing. A bit of patience and no stress as nobody else was following. A couple of minutes later we found ourselves ready to ski 1000m of amazing snow. Well, followed by quite a struggle getting down the Bossons glacier.

Relaxed lift ride between 1000m powder runs in the Lavancher bowl, the only time to take pictures. Nice views!

This nice local coupled agreed to let us use their ropes. A real time safer! 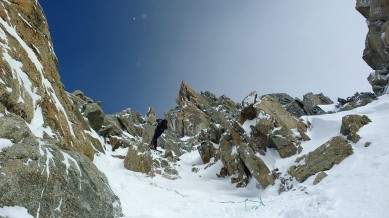 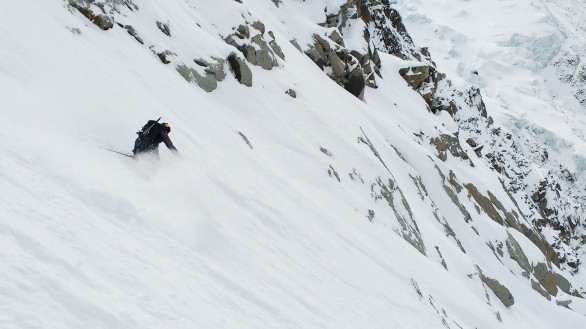 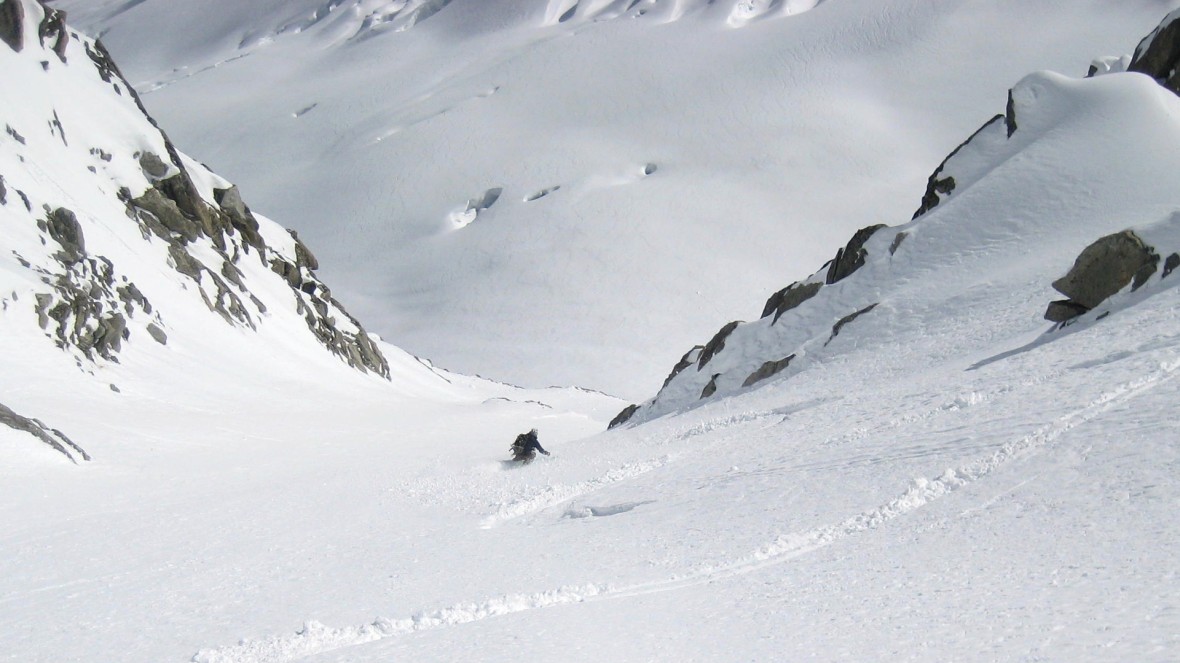 For sure some of the turns I enjoyed the most this season. – PC: Andi, alpenbock.de

Another weekend trip to Chamonix! After arriving in Chamonix at 3:00 am and an unconfortable rest of the night in my cold car, I met the two seasonaires Andi & Colin at the Aiguille du Midi cable car for the first lift.
Little did I know that it should become one of the best ski days of the winter:

Climbing towards the Col du Tacul first, then pretty steep further up to the highest point – PC: Andi

We used the rope to enter the Couloir. It’s possible to do it without, but with all the rocks and the season’s biggest avalanche cycle just a couple of days back, it felt much more comfortable – PC: Colin

Colin testing the snow and about to set off – PC: Andi 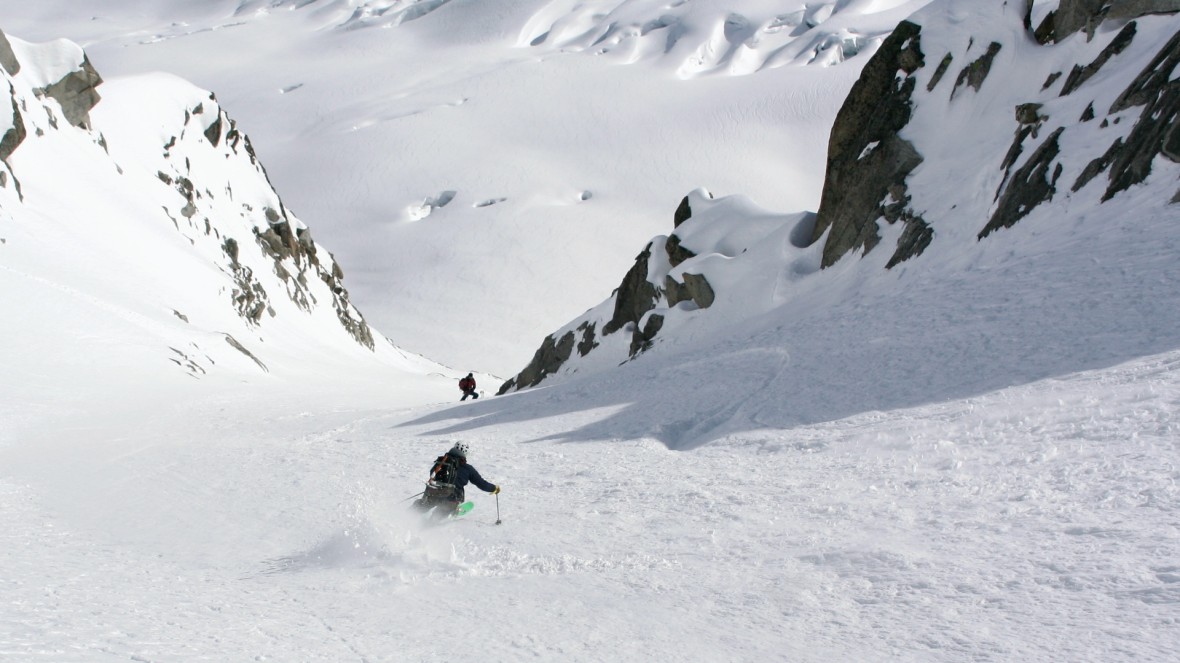 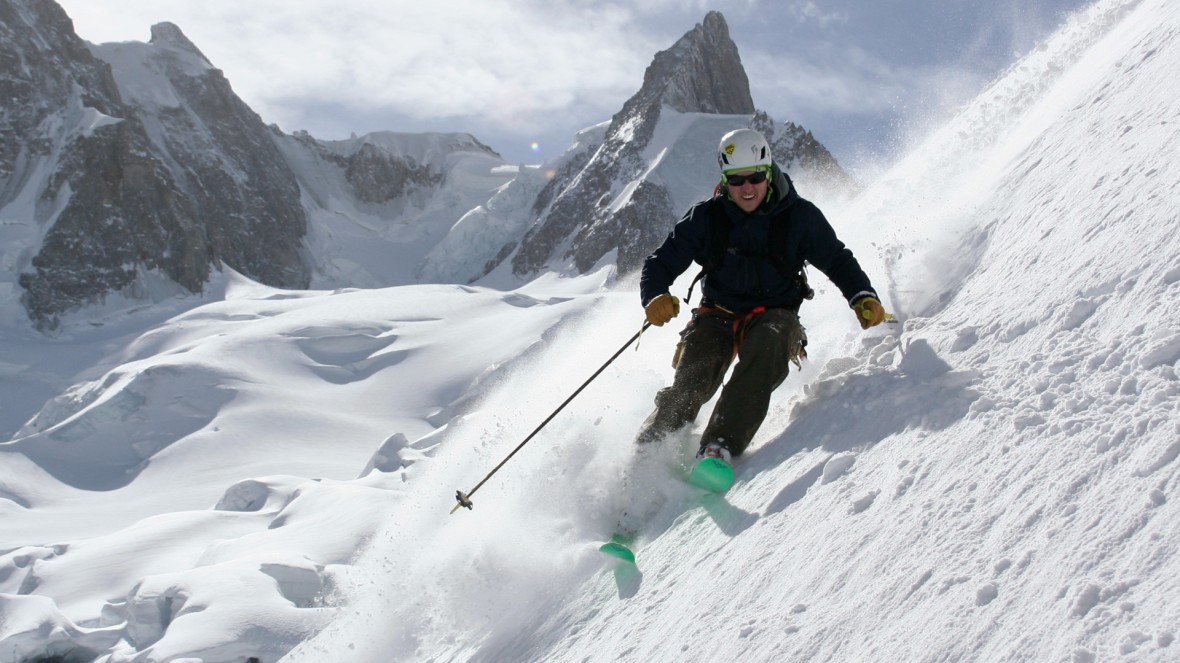 It was fun, still the legs hurt a little when you try to keep up with your fulltime skiing friends – PC: Colin

One thought on “Chamonix Winter 17”