We are back from a one week hut-trip traversing the Alps from Saas-Fee (CH) to Argentière (FR): Unfortunately weather and snow situation were not on our side. Out of eight, we only had two bluebird days. On the others poor visibility, partly snowfall and often strong wind overweighed.
The “Haut Route” as this tour is commonly known, is not famous for the skiing, but the impressions you collect along the way. Even the few rewarding skiing parts were to risky during our attemp. So allthough we reached our final destination in Argentiere, we weren’t able to stay on the originally intended route.

The Haute Route ski tour is probably the most famous and coveted ski tour in the world. Using high mountain huts to allow skiers to stay high and cover substantial distances, it winds through the highest, most dramatic peaks of the Alps from Mont Blanc to the Matterhorn. It requires good weather, favourable snow conditions and strong effort to complete this line. Because of this, roughly half of the skiers who begin the tour do not complete it. 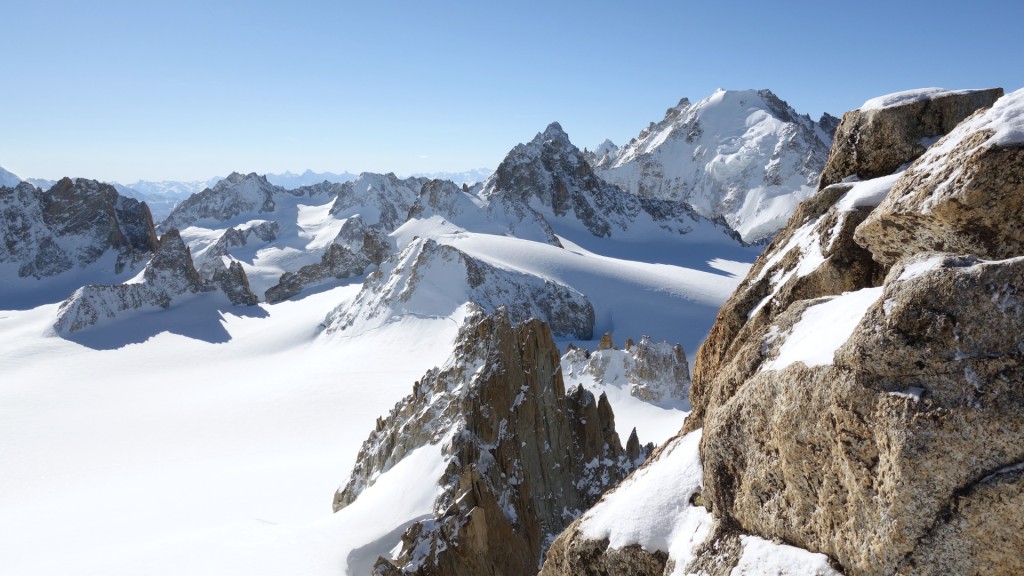 Summit view south from Aiguille de Tour at about 9am the last day. ~2h hike from Cab. du Trient 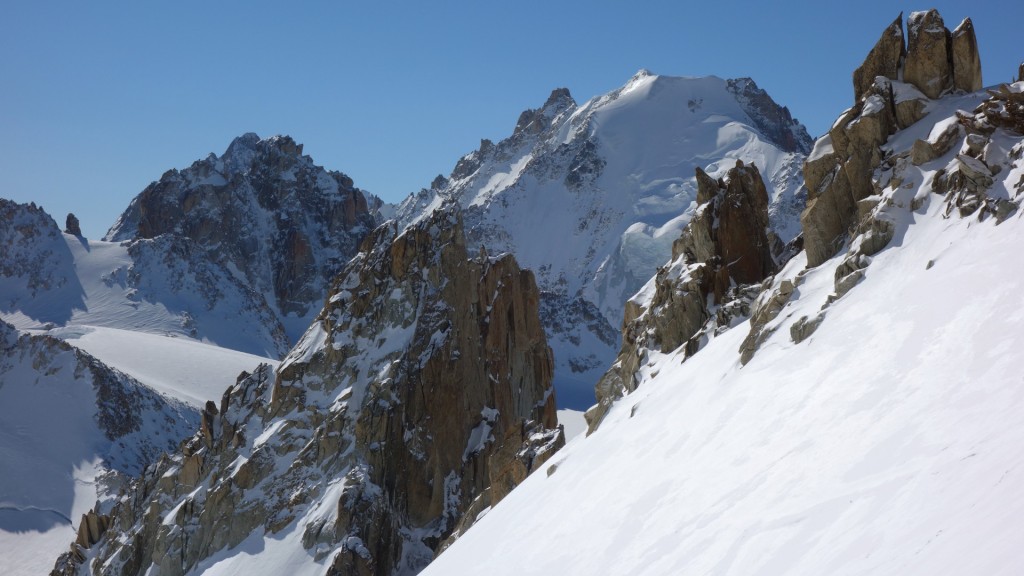 Fenêtre de Saleina from Plateau du Trient: The other side was tracked and refrozen 40° terrain which we decended without crampons. Not a good idea..

That day we left the hostel in Zermatt at 5:15am, made it all the way up the “Zmutt” glacier, left the Matterhorn behind us, to have a nice morning break below the impressive north face of Dent d’Hérens 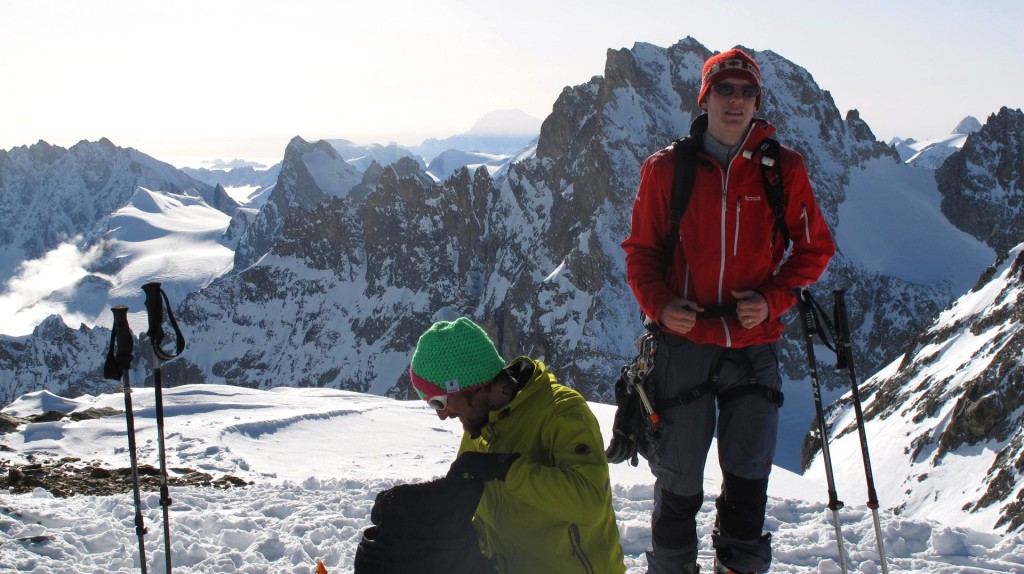 View from Tête Blanche south to the cloud-covered Valle d’Aosta and Gran Paradiso with neighbouring peaks.

Cabane de Bertol in the late afternoon sun light. We reach it after more than 20k’s, 2000m+ vertical and half a day of walking. The biggest day. 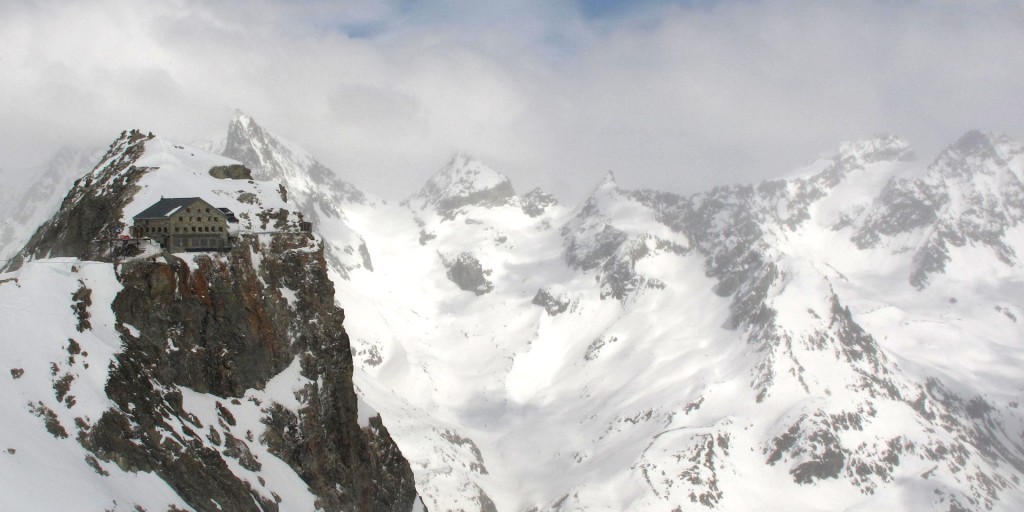 A true classic SAC hut: Cab. des Vignettes, high above Arolla and at the foot of the Pigne d’Arolla. We are the only guests that day. In the center one can divine Cab. Bertol which we left in the morning.

Roped up in the fracture zone of Glacier du Trient

A bewiched moment when we arrived on the Plateau du Trient, the sky cleared and we spotted the Aiguilles Dorées the first time 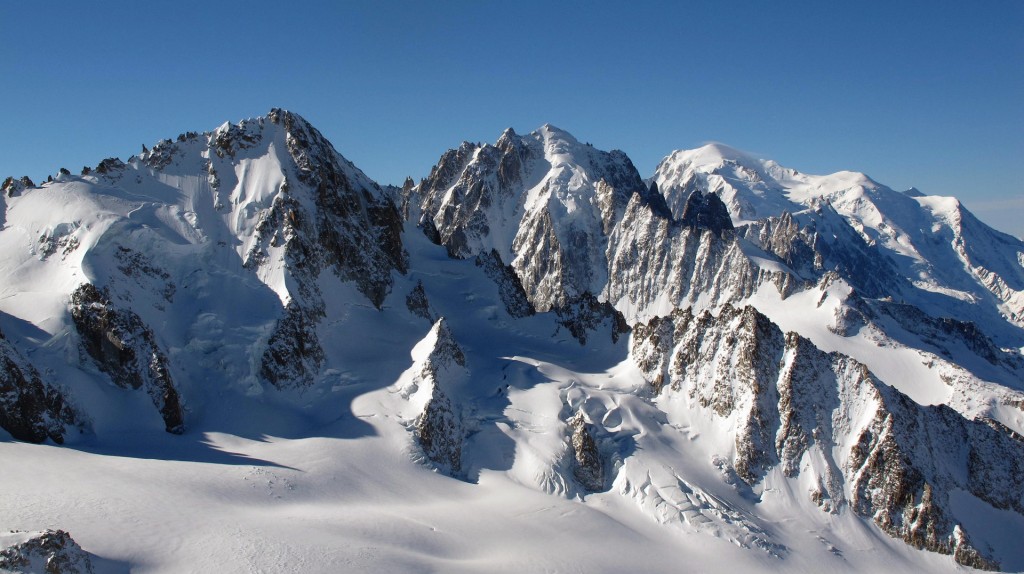 A day for aficionados: Sunny scrambling above Trient hut 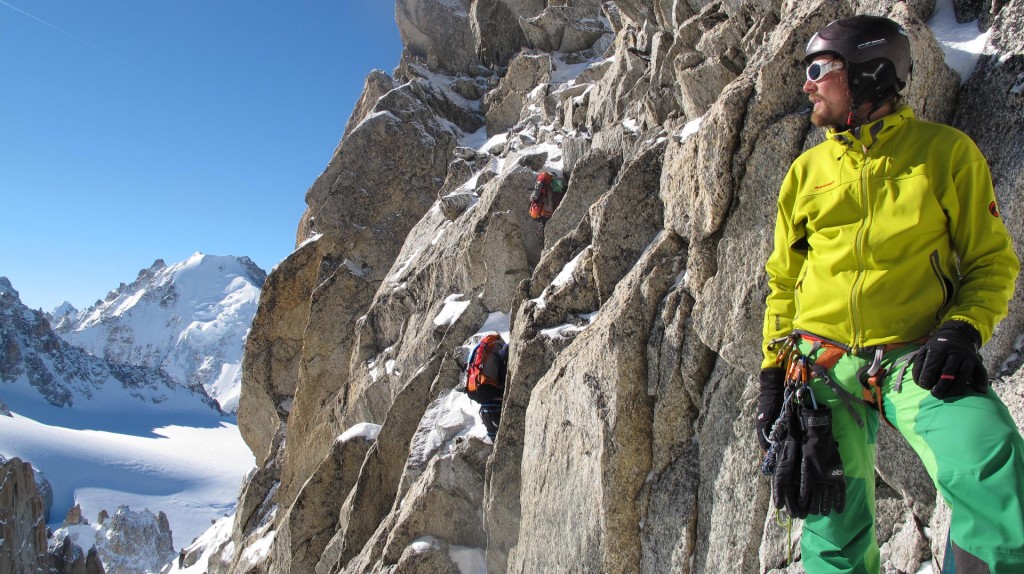 Easy but sometimes a bit exposed: the rocky part on Aig. du Tour