Season after season was passing by without me being able to ski off that mountain. In my beginner years it was too steep, later too dangerous and recently simply too crowded. When I go skiing, I prefer to ski in a small and equally skilled group, avoid the masses and ski untracked slopes. Well, skiing the landmark of Garmisch-Partenkirchen is not easy when you insist on all prior demands to be fulfilled the same time.

Yesterday we gave it a try! It’s thursday and normal working day. Weather and avalanche forecast are looking good. First sunny day after some little snowfalls and the most stable snowpack of the season so far. Turns out that I am not the only person capable of easy algebra: Tons of ski-tourers waiting for the “Osterfelder” cable-car to give them a lift. All the more surprising, after the initial rush for the backcountry, we soon find ourself following only two avalanche forecasters in front of us. Everybody else disappears in the wide touring area. 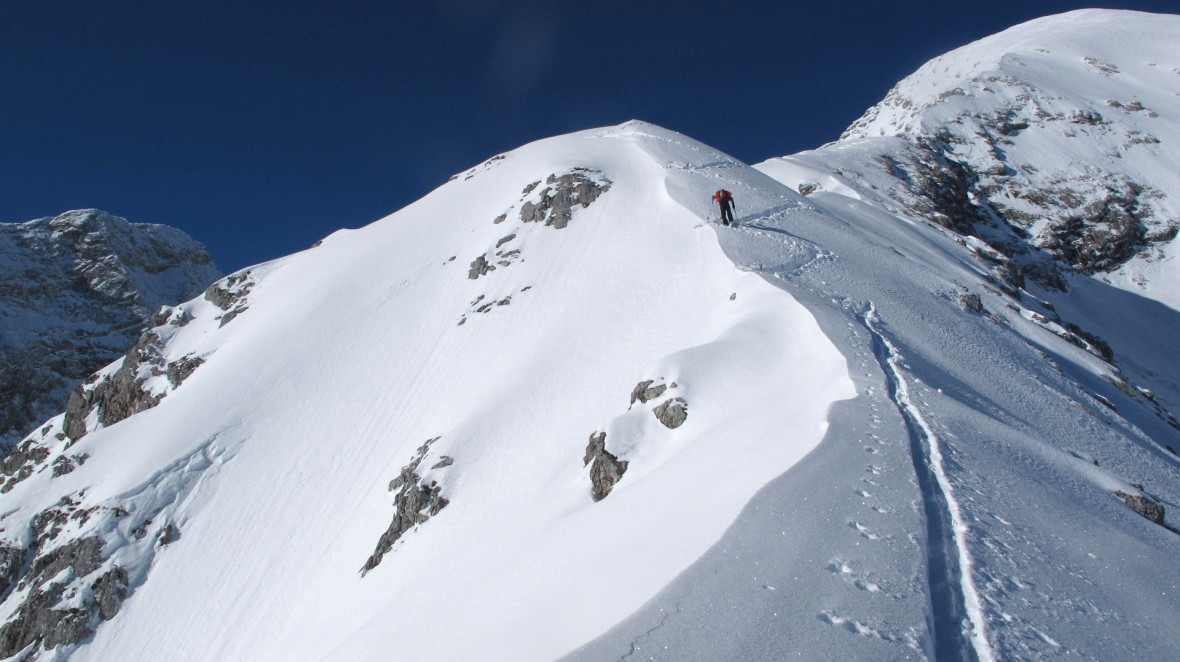 Two avalanche forecasters in front of us breaking trail. That’s all. Nobody else heading for the summit. (Some north face aspirants arrived far later at the top)

Nice scenery on the eastern shoulder

Only a couple of meters left..

While the avalanche forecasters take a detailed profile of the snowpack, they agree to let us ski first. Thanks for breaking trail and having a nice chat! 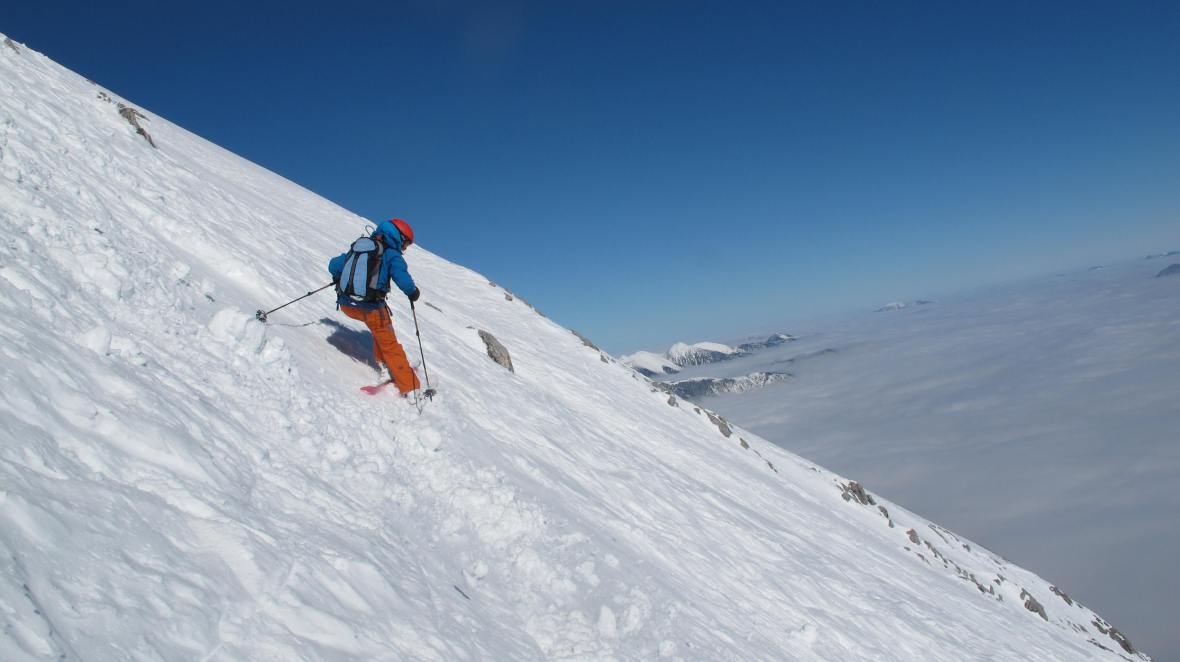 Unfortunately snow was badly wind effected in the top section and in the picture here it’s getting already to warm.

We skied the most direct line which steepend up to 42°. I only measured once but guess on the easiest variation you stay at 30-40°.

Of course, still powder in the shade

Looking back to our tracks. In the meantime the second duo descended as well 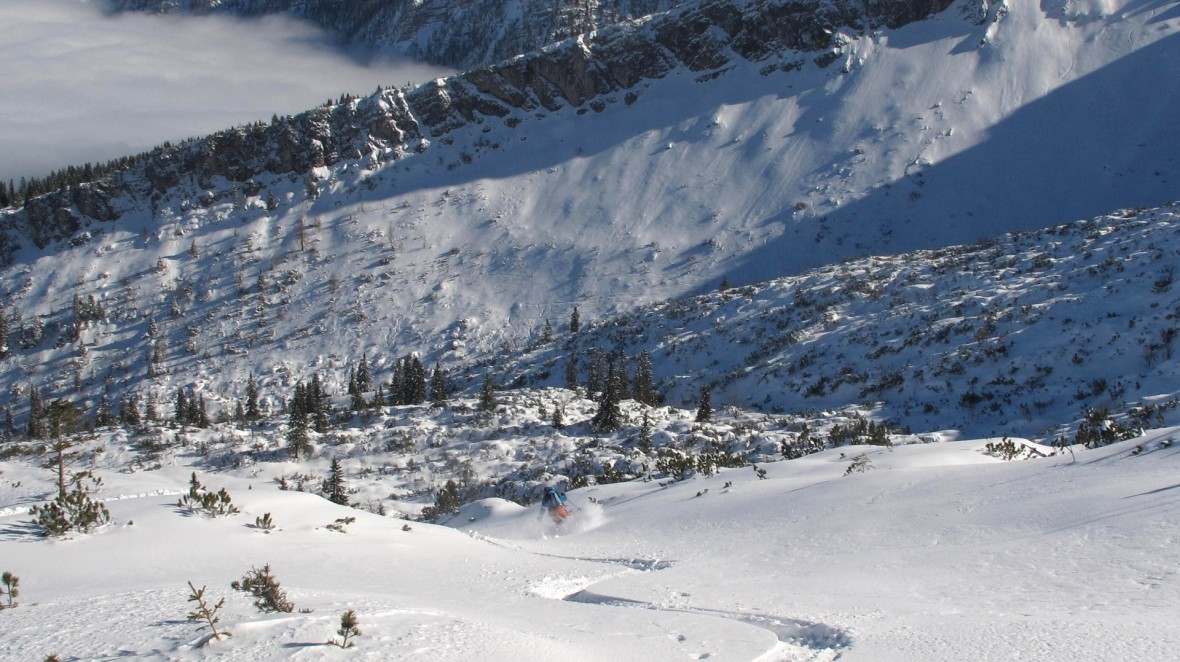 Cruising back to the lift 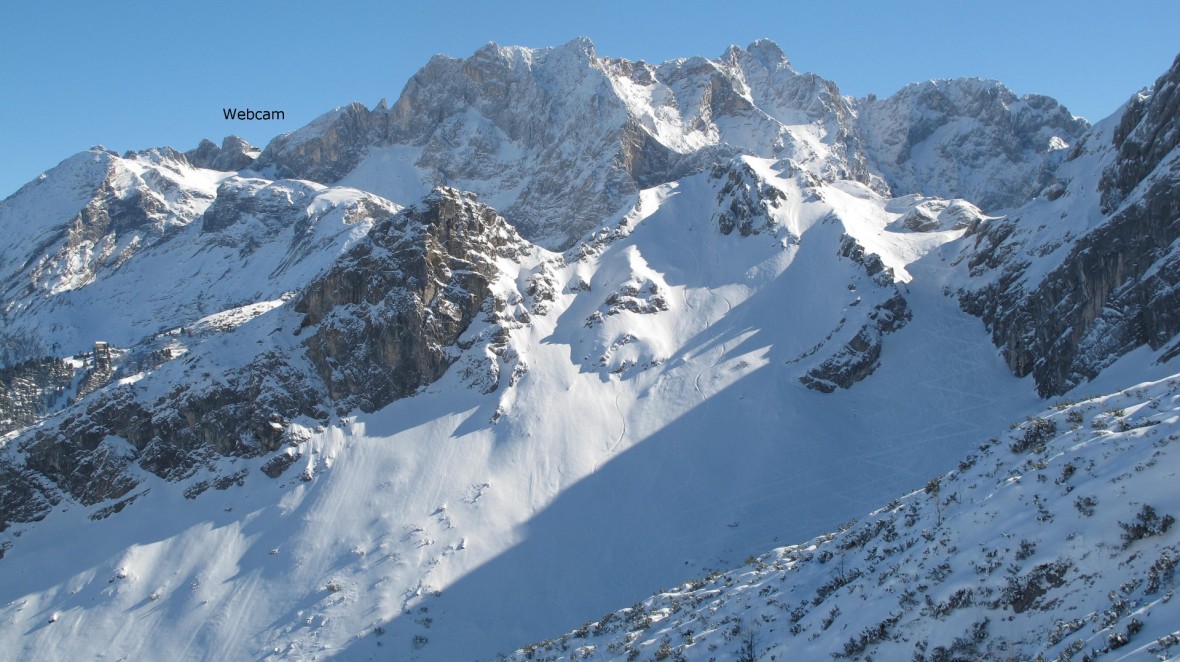 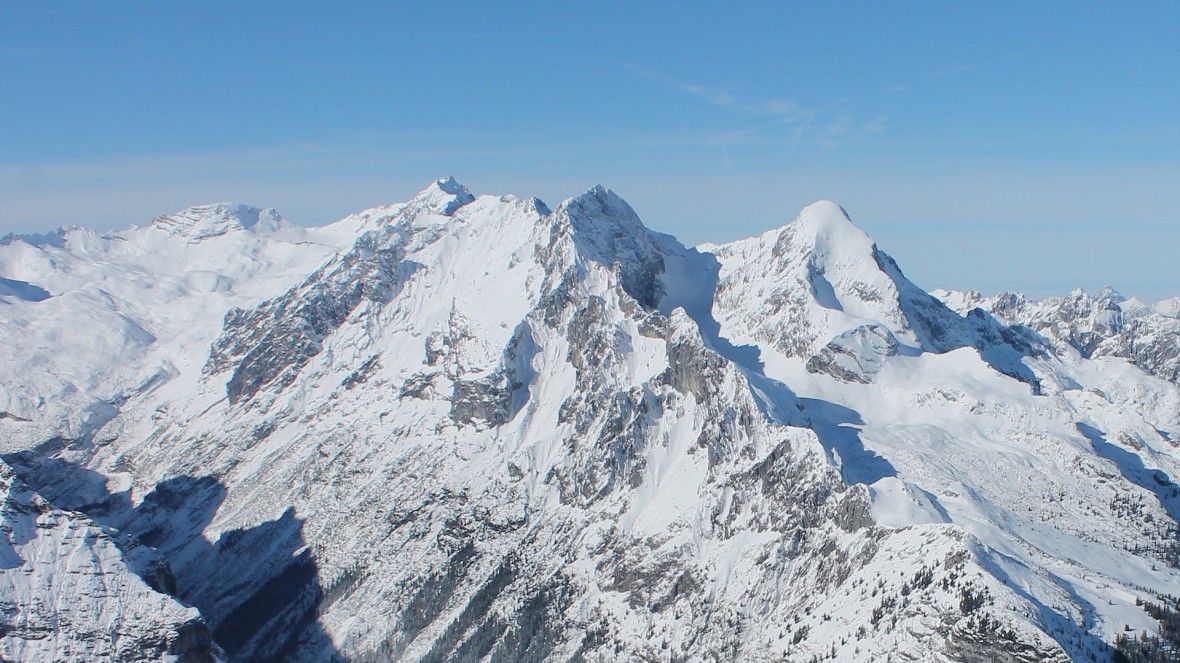 One thought on “Garmisch Classic”

At the end of the infamous La Thuile rock garden.
"Enjoy your ride!" is what they said. 😎🤘
Sasso Lungo / Langkofel Group in the Dolomites. In summer as stunning as in winter. Not sure what is more fun: Riding bikes or skiing couloirs? I'll take it both.
Closing ski season 2021.