A taste of steep skiing

Chamonix valley was going mad the last week! Perfect conditions on the north faces of the Argentière basin and almost every single extreme descent has been skied. Just to name a few, there was a rare repetition of Col Armand Charlet (3rd time ever?), Col de l’Aiguille Verte has been skied minimum twice and the classic NNE face of Les Courtes looked like a piste.
We went for a little scouting expedition -or may call it a normal skitour- in the upper Argentière basin and discovered that one of the last unskied north facing lines was probably the easiest of them all:

Luckily I ran into this small group of UK/US guys who agreed to ski it together with me. I was a bit late that day but they waited for me at the top of the Col. Super thankful! 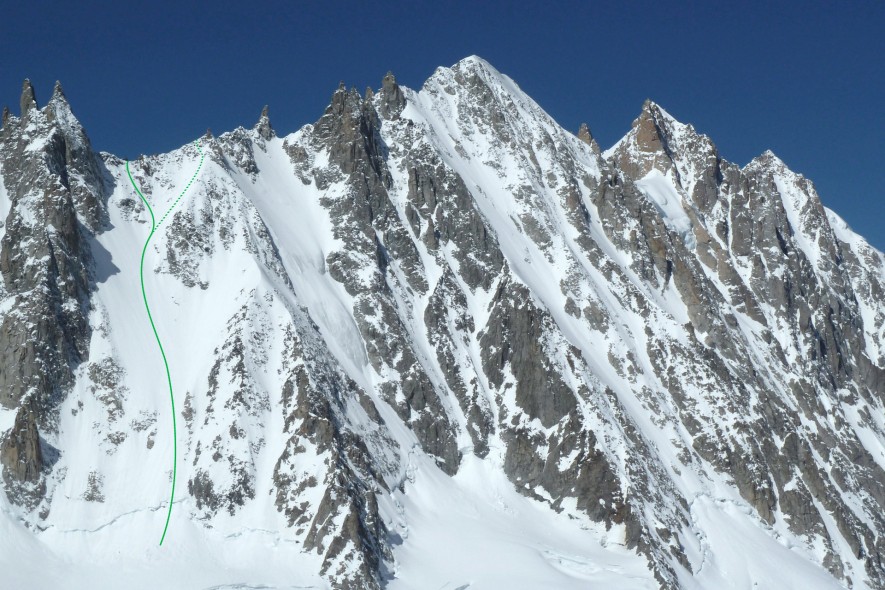 Our variation of the Col des Cristaux and the normal descent marked dotted. Photo by courtesy of Ross Hewitt

Our direct variation was probably a bit steeper than the given 5.1 but soft snow made it relatively easy to ski straight off the Col. A party of two had skied in front of us and from our group of four I was the last to set off. That meant high concentration from start until we hit the normal route. Here the snow had a little crust due to its more eastern aspect but the slope is wider and turns are made easier. From there on and a traverse to the far eastern part of the face we had great powder first, then good spring snow further down. All in all it was a nice ski day but quite busy later the day. A large group of skiers/snowboarders followed us 1h+ behind and turned around in the middle of the face.

Photos by Colin Campbell, Nick Malik, or me:

Bootpack and the Col 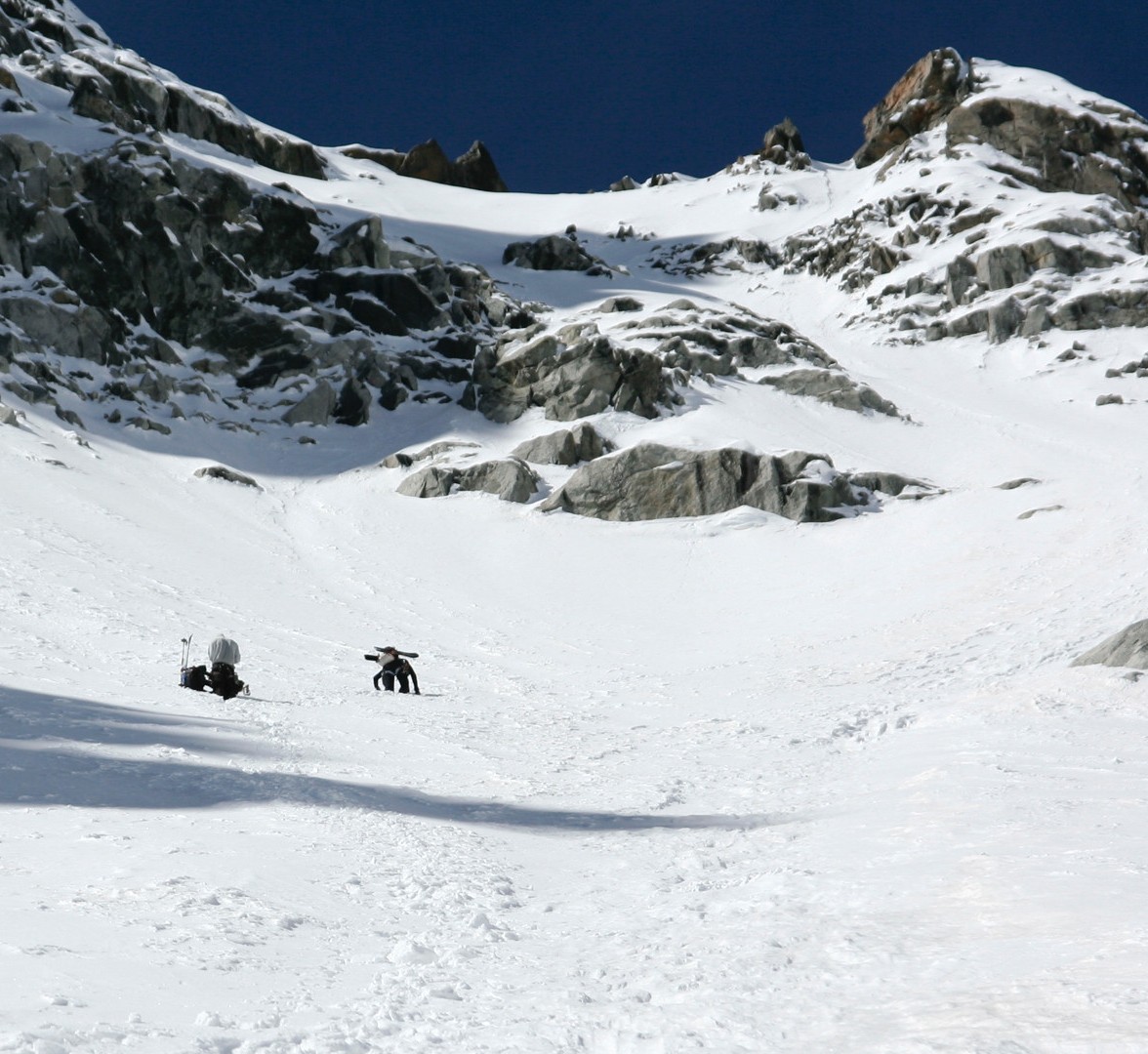 In the middle of the face, still a long way to go. © Colin Campbell

Me following 30min+ behind. © Colin Campbell 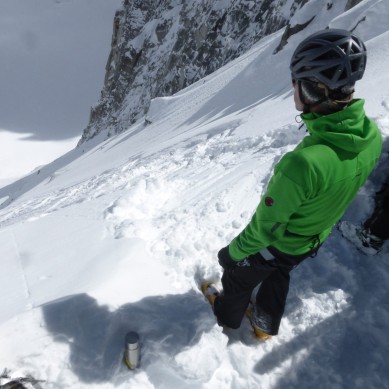 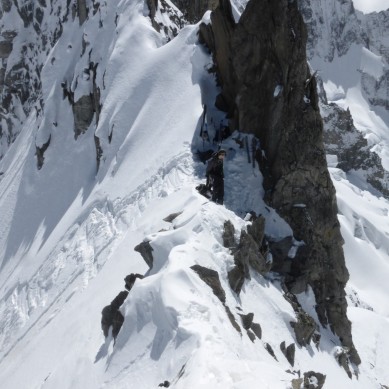 In the col where we put on our skis © Nick Malik 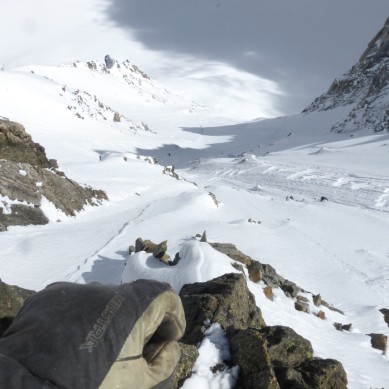 looking down the face. …it is a littlle longer than it appears here © Nick Malik 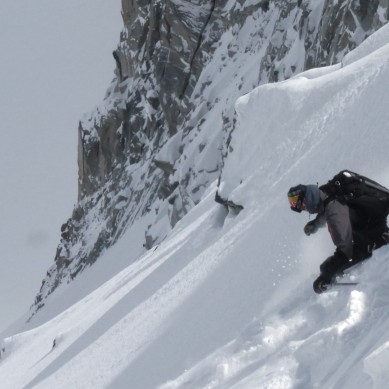 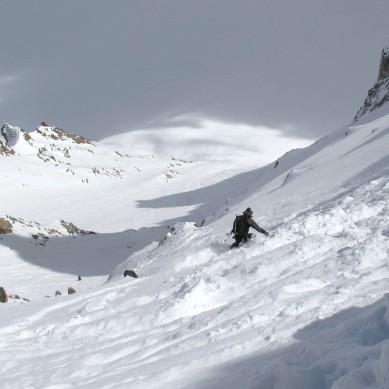 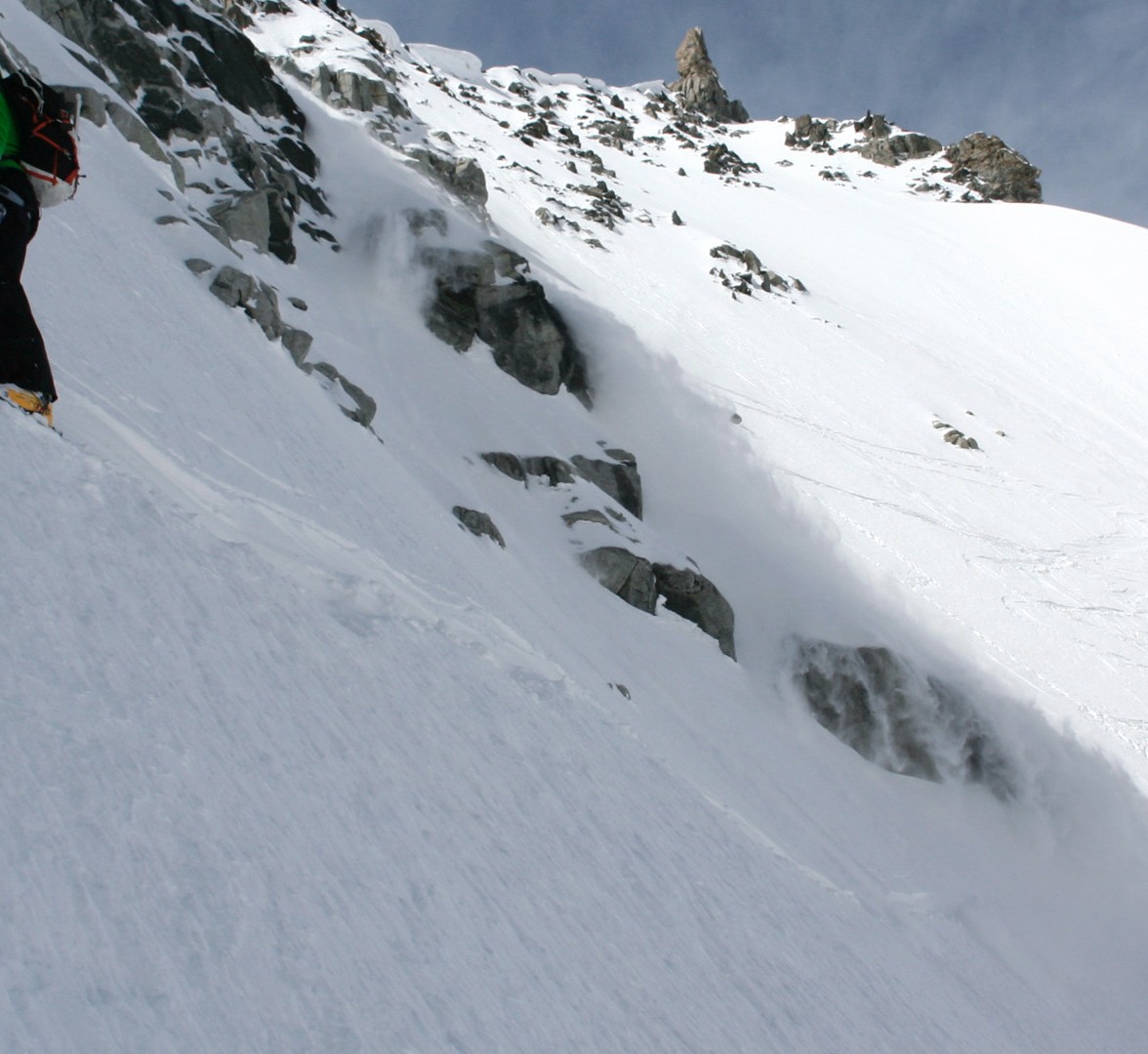 Who is unleashing that slough? © Colin Campbell 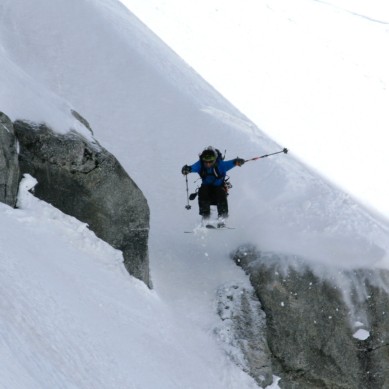 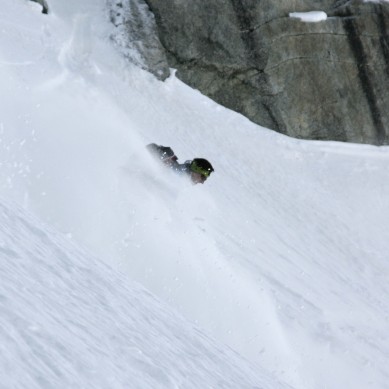 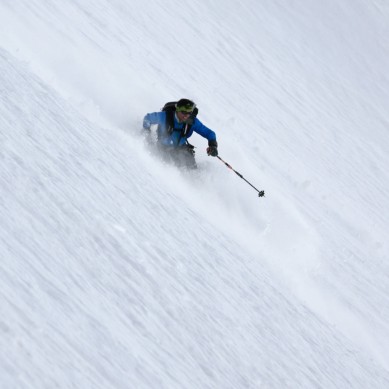 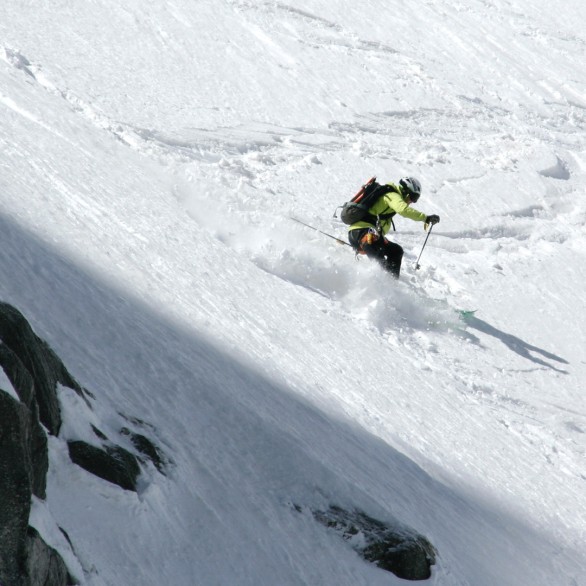 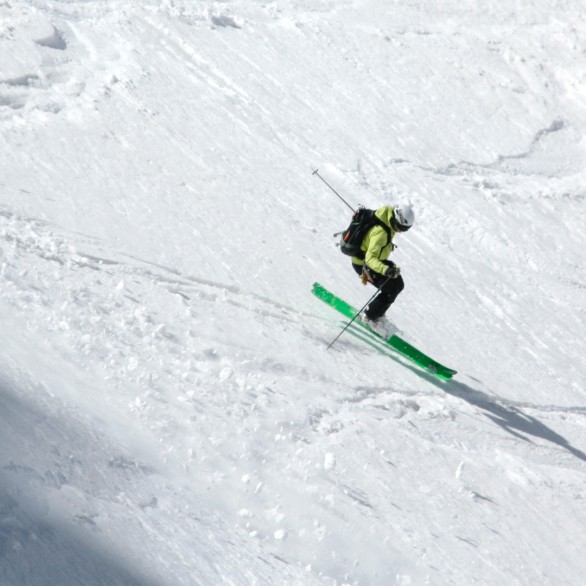 Airtime above the crust © Colin Campbell 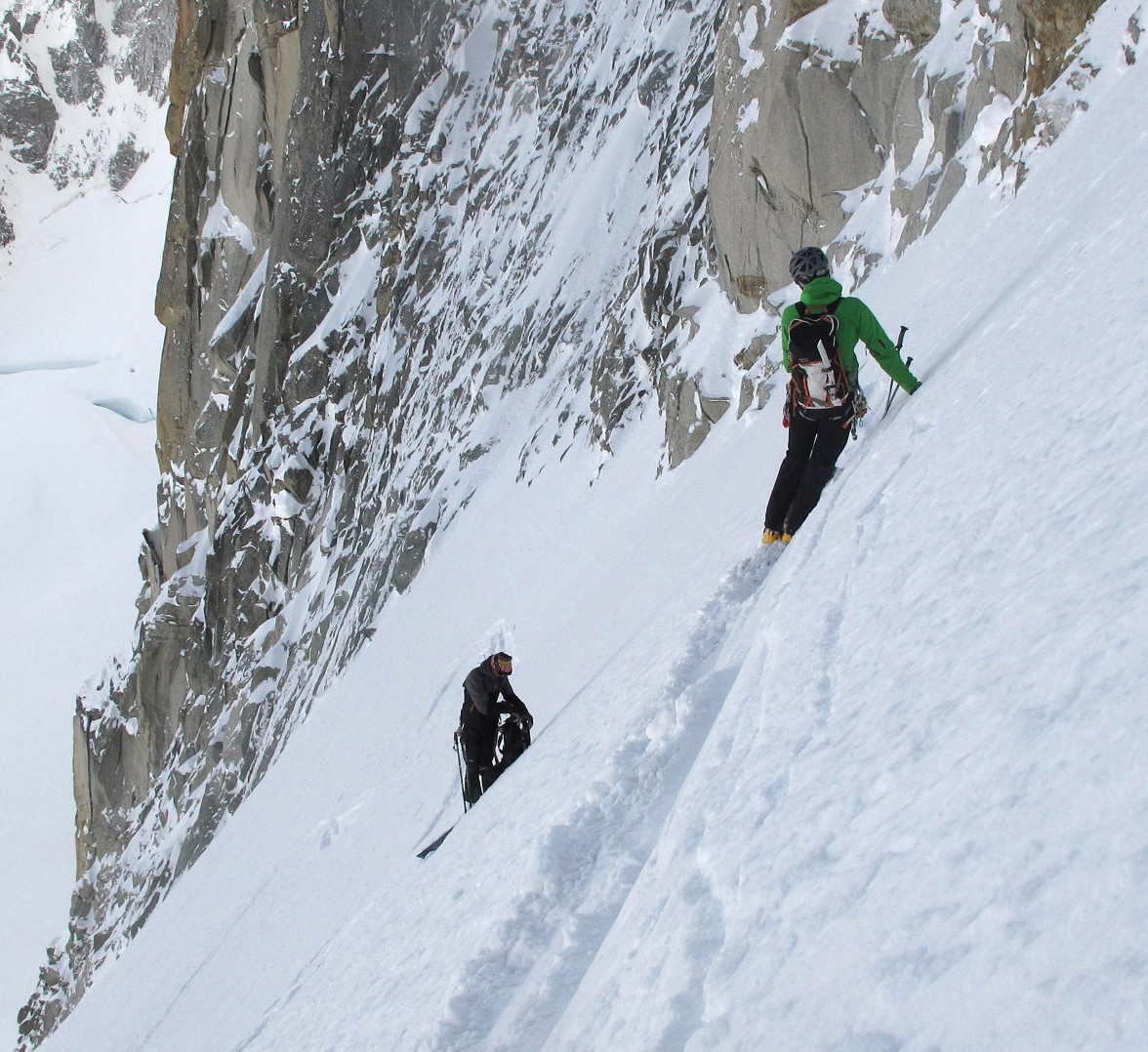 After the dogleg where we took shelter: Not as steep as the top, but still a little scary. 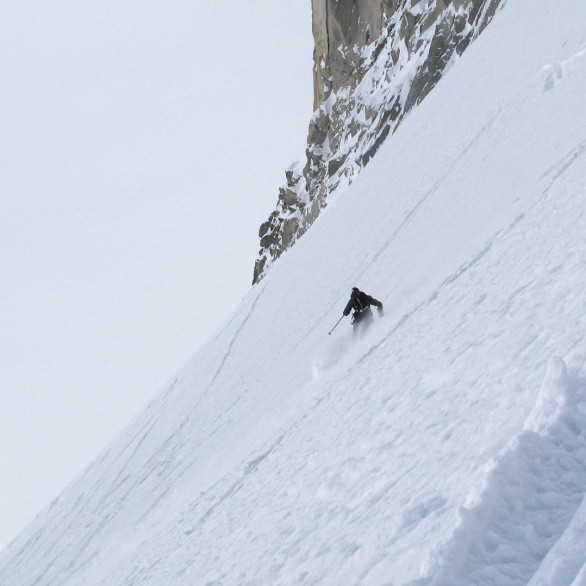 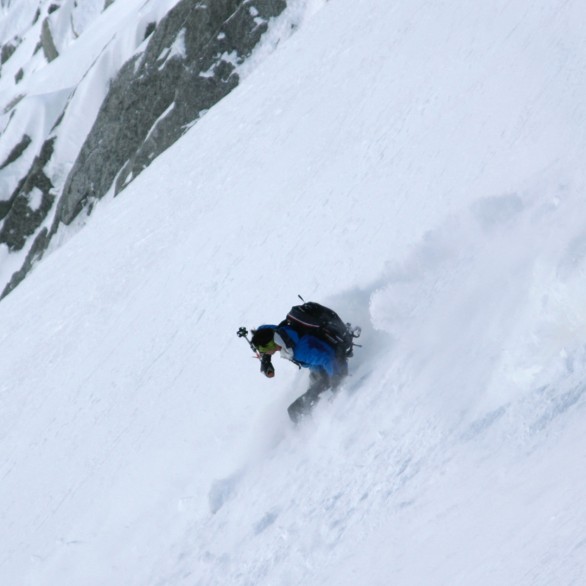 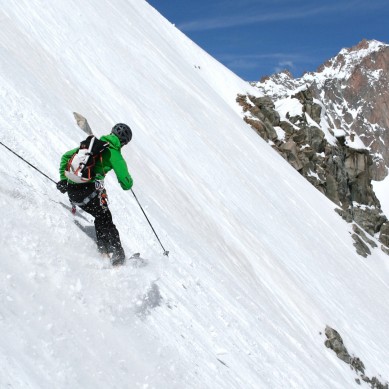 Skiing in front of the Y-Couloir / Aig. d’Argentière, © Colin Campbell 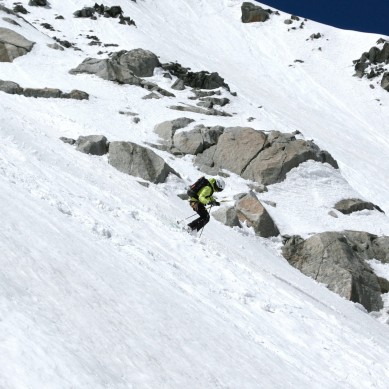 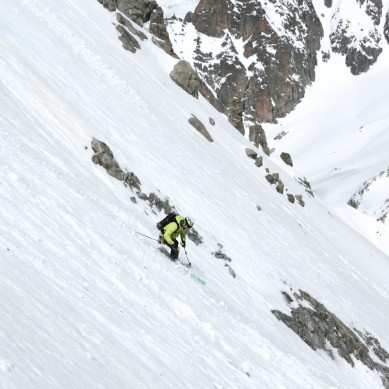 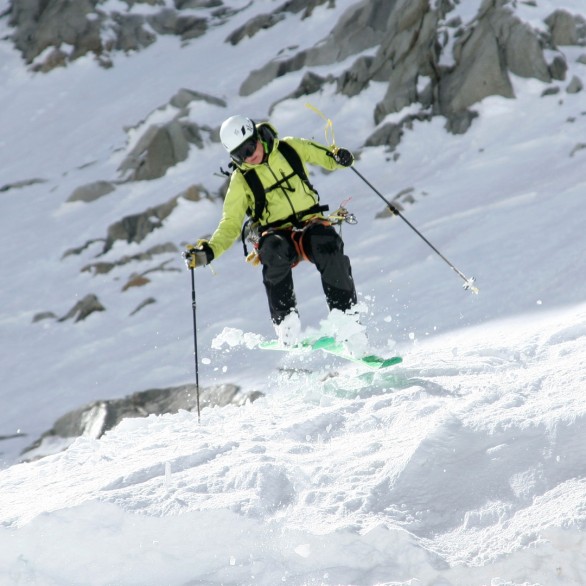 Approaching the end of the face rather carefully. © Colin Campbell 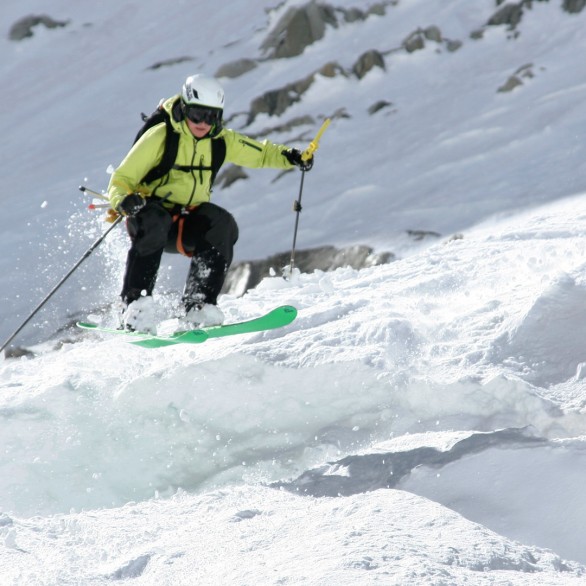